"Perhaps no lodge appliance or symbol is possessed of such deep and
absorbing interest to the craft as the Master's mallet or gavel. Nothing in
the entire range of Masonic paraphernalia and formulary can boast of an
antiquity so unequivocally remote," according to Joseph F. Ford in Early
History and Antiquities of Freemasonry. (Hunt)

The gavel has been generally adopted by Masonic bodies and many
other groups as a means to call meetings to order, keep order, announce
the results of votes, and otherwise punctuate actions of the group. (Coil)
However, it is a mistake for the presiding officer to try to stop noise and
keep order by pounding with the gavel. (Roberts)

The use of a hammer to keep order was common in medieval institutions
such as an Elizabethan guild in Exeter where, "the governor having a
small hammer in his hands made for the purpose, when he will have
scilence to be hadd shall knocke the same upon the Borde, and who so
ever do talke after the second stroke to paye without redempcion two
pence." (AQC, XL) There is also a reference in a biography of the founder
of the Cistercians to "the harsh strokes of the wooden mallet used for calling
the brethren together." (AQC, XL)

In a larger sense, gavels symbolize the executive power, as this is the
instrument which strikes blows (Hunt), or it can be thought of as a symbol
of authority without the use of force. (Haywood)

The gavel is an emblem of the authority of the Master in governing the
Lodge. (Macoy) At the installation of a Master he is informed, upon being
tendered this implement, that it constitutes the essential element of his
authority over the assembled brethren, without which his efforts to preserve
order and subordination would be ineffectual. It is the symbol that inducts
him into the possession of the Masonic lodge. (Hunt)

In the middle ages mallets were thrown and all ground over which they
traversed were acknowledged to be possessed by the thrower. This
practice gave rise to the symbolism of the mallet indicating the Master's
possession of his lodge. (Hunt and Haywood) A somewhat different use of
a thrown hammer is shown in an English ordinance of 1462 which is said to
have declared that lewd women should remain as far from the territory of
Masonic lodges as a hammer could be hurled. (Hunt)

The appropriate item for this purpose should be wooden with a flat surface
at one end and a pointed surface at the other. French and Spanish
Freemasons sometimes refer to it as the "president's hammer" and use an
instrument that is flat at both ends, then slightly pinched, and larger again
in the middle. (Macoy) The gavel should not resemble a setting maul.
(Hunt)

The gavel is sometimes confused with the setting maul which is a different
instrument used for different purposes. (Macoy) The gavel is a implement
of both the Master and his Wardens, and is an emblem of power, while the
maul is a heavy wooden hammer with which the mason drives his chisel.
The maul is also the weapon with which the Master was traditionally said to
have been slain, so it is an emblem of violent death. It is incorrect to use
a gavel instead of a heavy maul in the dramatization of the third degree.
(Jones) It is also inappropriate to use a little auctioneer's hammer in place
of a gavel, as this may connote that the initiate is being sold. (Mackenzie)

The gavel of the Master of a Lodge is also called a "Hiram" (Macoy)
because, like that architect, it governs the Craft and keeps order in the
Lodge as Hiram did in the Temple (Mackey and Hunt), or because of the
use made of the maul in the third degree. As early as 1739 both gavels and
mauls were referred to by that name. (Jones) A negative sense of this
implement is found in the Bible, Proverbs XXV, 18, "A man that beareth false
witness against his neighbour is a maul, and a sword, and a sharp arrow."

Use by Operative and Speculative Masons

Mackey and Coil say the gavel used as a hammer has one flat face opposite
the sharp end so that from the top it resembles a gabled roof on a house,
and because of this, "gable" becomes the German word "gipfel" meaning
summit or peak (Mackey, Coil, Hunt) or "giebel" (Macoy) and then the
English word "gavel," although in German lodges the gavel is called the
"hammer."

It is one of the oldest working tools used by man, as illustrated by stories
of Scandinavian mythology where Thor, the principal god, was given a
special hammer or mallet which always struck its targets with great force
and then returned to the thrower without any injury to him. Symbolically, as
the hammer of Thor destroyed his enemies, so it should continue to be used
to destroy the enemies of that which is good and true. (Hunt)

It is used on stone to make a rough shaping or dressing, with the finishing
done with a chisel and mallet or maul. Gavel is defined in the Oxford
English Dictionary (1901) as a mason's setting maul or a presiding officer's
hammer, and it is said to be an American usage. (AQC, 101 and XL) The
name "gavel" was not known in England before the nineteenth century.
(Jones)

Freemasons are taught that the common gavel is one of the working tools
of an Entered Apprentice. It is used by operative masons to break off the
corners of rough ashlars and thus fit them the better for the builder's use.
It is not adapted to giving polish or ornamentation to the stone, and hence
it should symbolize only that training of the new Freemason which is
designed to give some limited skill and moral training, and to teach that
labor is the lot of man and that "qualities of heart and head are of limited
value 'if the hand be not prompt to execute the design' of the master." Its
meaning has been extended to include the symbolism of the chisel, to show
the enlightening and ennobling effects of training and education. (Street)

The gavel is adopted in Speculative Freemasonry to admonish us of the
duty, often painful (Hunt), of divesting our minds and consciences of all the
vices and impurities of life, thereby fitting our bodies (Mackey and Macoy)
or minds as living stones for the spiritual building, not made with hands,
eternal in the heavens. (Mackey)

The gavel represents the force of conscience. (Jones) It is our will power,
through which we govern our actions and free ourselves from debasing
influences. It requires repeated exercise of our will power to subdue our
passions. Will power is common to all and it is fittingly symbolized by the
"common" gavel, but just as the gavel is of no worth unless it is used, so is
our will power. (Hunt)

The gavel is an instrument common to the lowest and the highest in the
Lodge. The common gavel is shown to each Entered Apprentices to remind
him that symbolically he should use it in Freemasonry to divest himself of
the vices and superfluities of life. Years later, even when one has attained
the highest rank in the Lodge by becoming its Master, the same implement
of a gavel is placed in his hand as a reminder that we all need to continue
to strive for improvements in our manner and character. (Mackenzie)

Albert Pike felt the mallet and chisel (and gavel) symbolized development
of the intellect of each individual and of society. He wrote, "...a man's
intellect is all his own, held direct from God, an inalienable fief. It is the
most potent of weapons....Society hangs spiritually together....The free
country, in which intellect and genius govern, will endure....To elevate the
people by teaching loving-kindness and wisdom, with power to him who
teaches best; and so to develop the free State from the rough ashlar;---this
is the great labor in which Masonry desires to lend a helping hand."
References (in order of reference in article)
Hunt, Charles C., Masonic Symbolism, published by Laurance Press Co.,
Cedar Rapids, Iowa, 1939, pages 251-256

Pike, Albert, Morals and Dogma of the Ancient and Accepted Scottish Rite
of Freemasonry, published by the Supreme Council of the Thirty-Third
Degree for the Southern Jurisdiction of the United States, 1871, pages 30-32 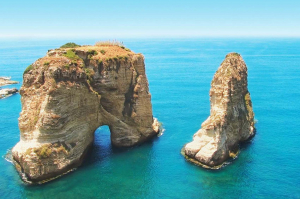 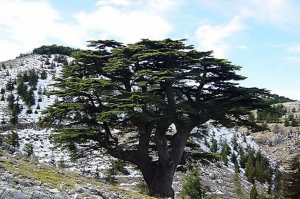 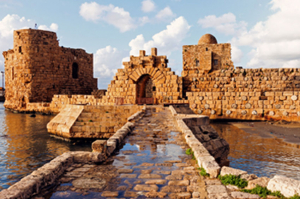 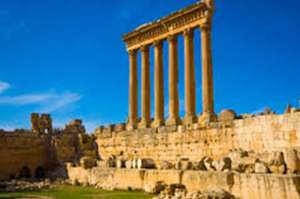 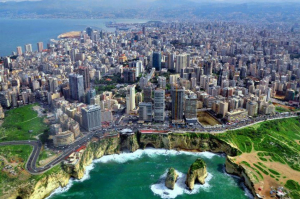